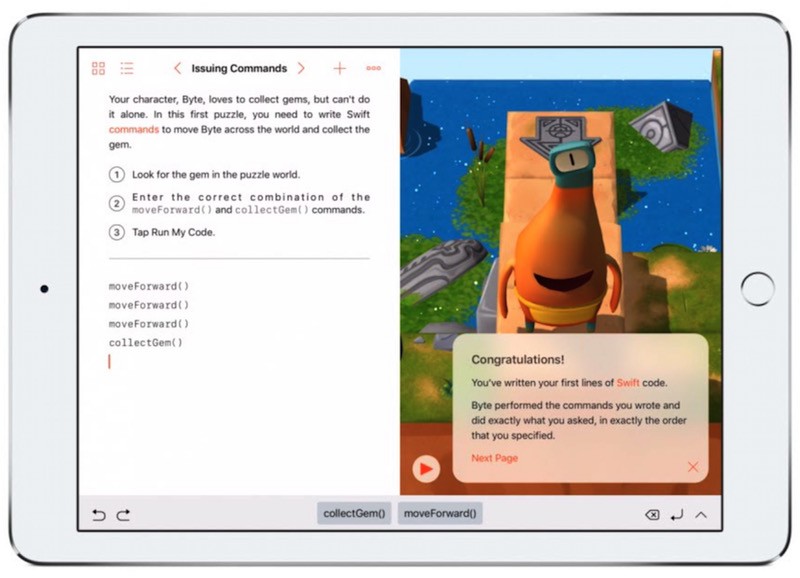 Apple iPad sales have been declining for awhile in the states. The trend to larger smartphones has not helped the bulky mobile tablet. But in one sector that tablet has been reigning supreme – the eduction field.

The chalk and chalkboard has almost gone away in schools across the US and has been replaced by tablets. The trend has been impactful that two tech giants have been reaping the benefits from their educational geared devices; Google’s Chromebook and Microsoft’s Surface and its deep educational market. Apple though hasn’t broke into this sector as easily as its competitor simply because its tablets are just expensive. This is where Apple pivots.

Apple recently veiled an updated version of its iPad and red iPhone 7 & 7 Plus. But there wasn’t much fanfare from fans for the new tablet. Apple quickly pivots again and sets a new market in its sight: China & India. Swift Playground, an iPad app to teach kids how to code in Swift, will not be available in Simplified Chinese. And this time the latest iPad will be at a price range to compete with Google & Microsoft.

Apple believes it will gain better traction in developing markets and in the education field where tablets are the best tools to develop a digital-age trade for students. Apple is not making a wild gamble here, its is just following the trends and going with what works best for its products.

To find trusted wholesalers of cell phones and tablets find them in CellularStockpile.com